Before beer ever reaches a frosty pint glass, the hops in it are often dried. But it’s not so straightforward: once picked, hops may mildew if not dried within 24 hours. Dried too much, the quality deteriorates. At worst, the essential oil-containing crop can spontaneously combust during processing or storage.

A team of Virginia Tech College of Engineering students has now developed a low-cost drying solution for the finicky crop — and they’re providing it open source to growers everywhere.

Hops driers, called oasts, are like kilns for fresh, wet hop cones, which are harvested from perennial vining plants during a one-month harvesting season late in the summer. While large-scale farms often have access to oasts capable of drying thousands of pounds of hops at a time, the local growers’ options are slim.

That’s why, as part of a larger hops grant, the Virginia Agricultural Council funded a mechanical engineering senior design project at Virginia Tech to develop an oast capable of being powered with only 120 volts, built using off-the-shelf materials, and costing no more than $4,000.

Over the course of two semesters and under the direction of principal investigator Holly Scoggins and research manager Daniel Jackson of the School of Plant and Environmental Sciences in the College of Agriculture and Life Sciences, the engineering team designed, built, and tested an oast capable of drying about 300 pounds of hops in 24 hours.

“This partnership between CALS and the mechanical engineering capstone program has been rewarding for all involved,” Scoggins said. “Daniel has carefully communicated the issues involved as well as facilitated construction. These talented students have responded to the challenges every step of the way. We can’t wait to fire this oast up at harvest time.”

Other open-source plans for oasts currently exist. But according to design team member and mechanical engineering senior Alexandra Ringer, these plans were lacking in certain capabilities that presented an opportunity for the team to improve.

At Virginia Tech, Jackson manages the hops research yard at the Virginia Tech Urban Horticulture Center just off Prices Fork Road. The kiln he currently uses can only dry 50 pounds at a time and must be checked often to prevent over-drying.

After hearing the limitations of existing oasts, the team set to work, prioritizing a steady airflow for even drying and an effective controls system that ensured Jackson and hops growers wouldn’t have to check on their hops so often.

Inside the 8-foot-tall wooden oast, 18 hops crates — two deep and three tall — can be slid in and out from the shelving, made of metal beams. Integrated sensors monitor temperature to prevent over-drying and track the weight of the crates — the most effective way to track the moisture content of the hops.

During testing, the students used hay to observe the oast’s capabilities. Hops are only harvested once a year in the fall, so the students had to test on hay.

The students prioritized an effective ventilation system that would dry the hops evenly.

The control system will allow growers to check on their hops without opening the door and will let the farmer know when the hops reach the ideal moisture content of 8 to 10 percent.

“I’ve been extremely impressed by the professionalism and enthusiasm the students have brought to this project,” Jackson said. “They have been highly engaged and want to learn more about this emerging industry, and are using technical knowledge and creative solutions to solve a real problem for the hop producers in this region.”

The assembly and operation instructions for the oast will be published later this season on the Virginia Cooperative Extension’s Hops webpage, which contains additional resources for hop producers in the region. The unit will also be demonstrated at Virginia Tech’s Hops Field Days and other educational events.

For now, the proof-of-concept oast produced by the students will be used by Jackson and Scoggins, who is also a specialist for Virginia Cooperative Extension, following the students’ final presentation of their project at the mechanical engineering senior design showcase.

“Being able to apply what we’ve learned to help the local community really embodies Ut Prosim,” Ringer said. “We’re hoping that by designing a way for growers to dry their own hops that the barrier to getting into the industry is lower.”

Want to see the oast yourself? Venture out to the Virginia Tech Department of Mechanical Engineering’s senior design showcase to see it and other student projects, taking place on May 3 from 1-4 p.m. in Lane Stadium. Admission is free and open to the public, no registration required. 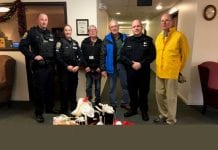 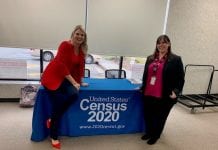 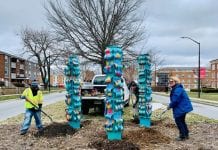 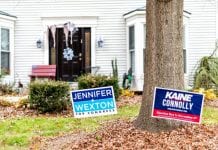 Is this odd? Fonts in campaign signs may reveal liberal or conservative leanings