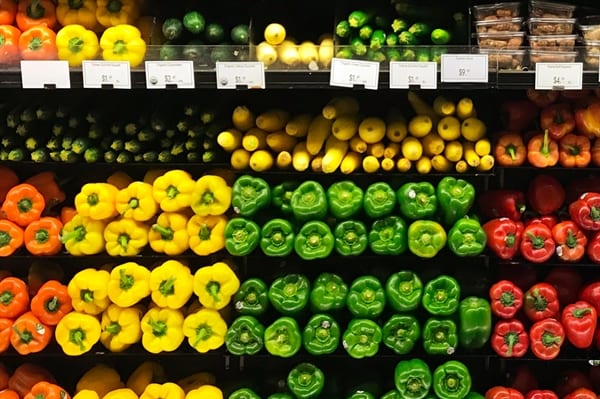 According to a story on the homepage of the Virginia Farm Bureau Federation, Americans are buying more food but spending less of their disposable income on it.

Affordable food prices and rising income levels have led to greater food security nationwide, with a little pocket change left for many Americans.

The U.S. Department of Agriculture Economic Research Service’s annual Food Expenditure Series revealed that an average 9.7% of individuals’ total disposable income was spent on groceries and dining out in 2018. The report found $1.7 trillion was spent on total domestic food expenditures in 2018, up $78.2 billion from the previous year.

While total food expenditures in the U.S. continue to increase, the portion of individuals’ disposable income spent on food decreased to 4.8% in 2017, the lowest level since 2012. Household income is up $6,000 since 2012.

The percentage of household income spent on food is an indicator of national wellness and food security, according to the report. As incomes rise, households tend to spend a smaller share of their total income on food, while the total amount spent on food increases. The U.S. has the most affordable food in the world in terms of total consumer expenditures.

“Food is affordable here because U.S. agricultural producers and Virginia farmers are so good at what they do,” said Wilmer Stoneman, vice president of agriculture, development and innovation at Virginia Farm Bureau Federation. “Technology and farm management have improved so much over the last few decades it’s hard not to have a good crop or quality production.”

Stoneman said U.S. production of good food, and plenty of it, keeps the prices low.

“It’s supply and demand—classic economics,” he continued. “We have figured out how to produce high-quality products across the board, keeping prices down, which is a benefit to the consumer. That’s the beauty of a free-market system.”