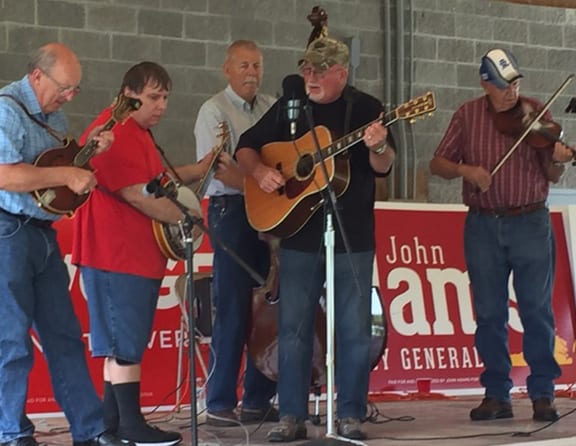 The music of Truegrass and the Wolfe Brothers String Band will be featured during New River Community College’s Fiddle, Banjo and Dance Club jamboree on Saturday, Jan. 11. Music will begin at 6 p.m. in 117 Edwards Hall at NRCC in Dublin.

Truegrass is a bluegrass band that formed in early 2004. They perform traditional bluegrass music that ranges from hard-driving and energetic to slow ballads and gospel tunes. The band has performed throughout southwest Virginia as well as east Tennessee, North Carolina and Maryland. They have released bluegrass and bluegrass gospel CDs.

Although the Wolfe Brothers first formed during the mid-1970s, the group re-established their unique old-time sound in the early 1990s. Featuring three vocalists, the band boasts a repertoire ranging from rarely heard traditional songs and tunes to their own original material.

The Wolfe Brothers have played at events such as the Carter Fold Festival, Merlefest, the Delaware Valley Bluegrass Festival, Floydfest, the Barter Theater and HoustonFest. The group has appeared on the PBS television series Song of the Mountains. The band is based in Grayson County and has recorded five projects.

The doors open at 5 p.m. for the show. Admission is free; however, donations will be accepted to help offset the travel expenses for the musicians. The jamborees are held the second Saturday of each month through April at New River Community College, a Crooked Road affiliated venue.

More information about the NRCC Fiddle, Banjo and Dance Club is available from Tim Jones at (540) 674-3625, and online at www.nr.edu/fiddle.